Call for signature The day without immigrants: 24h without us!

We, women and men, immigrants, descendants of immigrants and citizens of all beliefs, all political stripes, and all skin colors, aware of the essential contribution of immigration to our country, have had enough of immigration be used, stigmatized and criminalized. We reject the stereotypes conveyed which threaten our social cohesion. We refuse to allow the past, present and future benefits of immigrants who have always contributed to building France to be denied at once. It is up to us today to publicly express our pride in belonging to a national community rich in the contributions inherited from so many individual and collective journeys.

Our country would not be what it is economically, socially, culturally, gastronomically, sports, etc., without all these past and present contributions. We affirm that the future of our country must still benefit from this openness to the world and this reception capacity which will ensure our future.

On March 1, 2005 came into force the “code of entry and stay of foreigners and the right of asylum” (CESEDA), more commonly called the code of foreigners. This law symbolizes a utilitarian conception of immigration. We couldn’t find a better day to call for “a day without immigrants”. We, immigrants, descendants of immigrants and citizens, aware of the contribution of immigration to our country, we participate daily in the growth of our country.

In 2010, we set a first milestone. In 2011, we want to continue our civic action with all women and men of good will, without partisan calculation or ideological a priori.

TO BE THAT FRANCE-LA, DIVERSE, BEAUTIFUL AND UNITED.

For 24 hours, let us publicly show our gratitude to all those who have enriched France so much … parents from so far away, our neighbors with accents from here and elsewhere, our work colleagues and friends with unpronounceable names, friends of our children and their laughter of all colors.

This Tuesday, March 1, 2011, let’s make a small, simple, generous and strong gesture… Let’s make a small yellow ribbon visible on our clothing that will publicly signify this commitment. Let’s organize meetings, aperitifs, debates and discussions everywhere to express our attachment to this fraternal and free France that we want to defend. 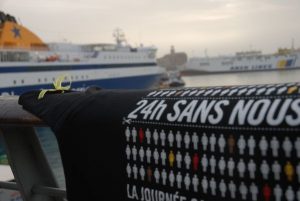 Unitary press release: LOPPSI 2: not in our name!

The draft “orientation and programming law for the performance of internal security” (known as “LOPPSI 2”) will be examined next week at second reading in the National Assembly. The member organizations and partners of the Collectif Liberté Egalité Justice (CLEJ), worried about the lack of real debate on this text, wish to alert citizens to the abuses it carries, which endanger the democratic balance of our country.

This bill is presented as a motley aggregate of technical provisions which justifies the term, now established, of “legislative catch-all”. The illegibility which results from this assembly has the effect of excluding parliamentary and public debates, by preventing the various actors from taking sufficient distance to discuss the major orientations which emerge from them. However, this text reveals a particularly worrying political line: registration, surveillance, control, confinement! Are the new values ​​that the government wants to impose on society: repression, exclusion, stigmatization, suspicion?

LOPPSI 2 relays a bellicose political discourse which uses the figure of the delinquent to maintain the fantasy of the internal enemy and which correlatively equates any act of delinquency with an attack on the State. In the name of protecting society against its “enemies”, measures derogating from common law are on the verge of becoming the norm, social surveillance and control are expanding and the objective of reintegration assigned to each sentence disappears. 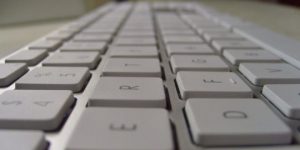 This umpteenth security hodgepodge first of all plans to considerably expand the carding and video surveillance devices (henceforth called “video protection”). Not content with renewing the current police and gendarmerie files (STIC and JUDEX) – yet diverted from their initial objectives, riddled with errors, uncontrollable and, in fact, uncontrolled – the majority UMP is preparing to interconnect and connect them. to expand. Data relating to an innocent suspect will not be systematically erased: can therefore be kept in these so-called “history” files of people who, in reality, will not have any! Likewise, while the Anglo-Saxon countries are returning to the costly dogma of its effectiveness, in France the objective is to increase as much as possible the espionage of the public space: the authorities will be able to place video surveillance devices practically everywhere on the public highway; all private companies will be able to install cameras around their establishments; the prefects will be able to do the same along the route of the demonstrations.

It is particularly worrying to hear, on the sidelines of discussions on this trivialization of surveillance and filing, members of the government affirm that only those who have something to be ashamed of have something to fear. Such discourse, which removes the distance between state authority and individual conscience, is particularly unhealthy. Conversely, we think that we all have to fear from this extension of social control because it will contribute, tomorrow, to further reduce our rights and our freedoms.

The project also includes, of course, an imposing repressive component. Thus, as a “response” to the difficulties of some families, its editors have imagined a “curfew” for minors under 13 – which will not fail to generate abusive controls, a new “liability contract. parental “- which will reinforce the marginalization of certain parents – and a procedure close to immediate appearance before the juvenile court – which will complete the alignment of juvenile justice with that of adults, thus anticipating the public debate on the planned reform of the ‘Ordinance of 45. The creation of an offense of “street selling”, the over-stiffening of sentences for the perpetrators of assaults or burglaries against the elderly, 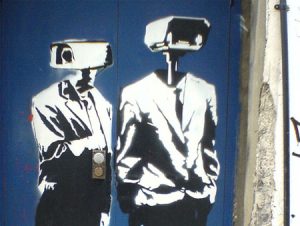 The State abandons some of its sovereign missions: increasing the powers of the municipal police; creation of a police militia called “civil reserve”; establishment of a vague “National Council for Private Security Activities” which endorses and announces the increasing privatization of security; possibility for public transport agents to expel travelers by force.

Finally, this project gives the administrative authority new powers to attack individual freedoms without any judicial control: filtering of websites, forced screening, eviction within 48 hours of occupants of non-standard dwellings – such as camps, slums. , mobile homes, houses without a building permit or chosen habitats (yurts, tipis, cabins …) – and their destruction.

Like the previous ones, this text promises to be ineffective from the point of view of the ends it claims to achieve, but very effective in relation to its real ends: it prepares for us a society of Control, based on a strategy of particularly clear tension in the war speech given on July 30 by the Head of State in Grenoble.

The member organizations and partners of the Collectif Liberté Egalité Justice (CLEJ) alert all citizens to the both useless and unacceptable nature of this bill which has not given rise to a real public debate and which, however, should soon be adopted on their behalf …